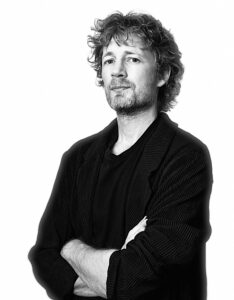 Arne Spangereid (b.1981) is known for his cityscapes and playful interior scenes. He enjoys exploring the effects of combining abstraction and realism as well as seriousness with playfulness, and he often merges classical techniques with unconventional tools. His paintings invite the viewer to fill in parts of the visual story themselves.

He comes from Spangereid in Norway, and has studied art with various teachers in Malta, USA and Norway, such as Studio Incamminati in Philadelphia where he studied contemporary realism from 2008-2009. In 2005 he was invited to paint Maltese prime minister Alfred Sant live on TV, and also received a commission from Malta International Airport.

City scenes became his main source of inspiration for many years. Instead of going for a full time art career after graduating, he traveled the business world in the USA for many years. There he would bring his easel to parks and street corners in his free time. Back in Norway he would continue exploring the streets of Oslo and revisit his impressions of New York. These paintings were well received by collectors and turned him into a full time artist.

In 2022 his life was upended, and he all of a sudden found himself surrounded by baby-toys and cartoon figures. A new series was born that he calls “Disruption”. These are interior scenes where he plays on the contrast between seriousness and playfulness.

“I do not want to tell the viewer what the paintings mean”, he says, “rather I would invite them to become co-creators in the storytelling”. “I see myself as a dreamer who goes to an interpreter to find their meaning.”

His paintings have been exhibited in Norway, USA and other countries. Arne lives and works in Kristiansand and is represented by Galleri Ramfjord in Oslo, Norway.